Flags of convenience - the cost of cheap

A European Commission-backed Rapid Charge Network project has been announced which will see...
View in Context »

On the 14 th July 2016 KTN hosted a networking and consortia building event for the Low...
View in Context » 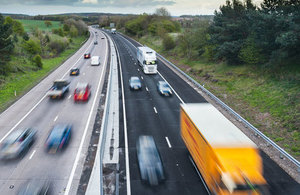 The Advanced Propulsion Centre (APC) is developing a national network of specialist centres...
View in Context »